More LEGO CITY summer 2021 sets have been revealed, detailing one of the larger sets in the upcoming wildlife rescue subtheme and a coastal creation.

Following on from the reveal of a few LEGO CITY 2021 sets on online retailers, the LEGO Group’s own instruction database has revealed two more due for release in the future.

The largest of the pair is 60307 Wildlife Rescue Camp which includes a total of eight animals, seven of which are new pieces. Five minifigures occupy the camp, which itself is made up of a treehouse and some all-terrain vehicles air, land and sea.

60308 is the other unnamed set and appears to be a return to the Police subtheme of models, with a coastal catastrophe taking place aboard a nearby boat. The police lighthouse station can monitor the situation while the firefighter handles the blaze with an enlarged water cannon.

There’s no official word on when either of these sets release but it seems likely that they’ll launch this summer alongside the other CITY models. 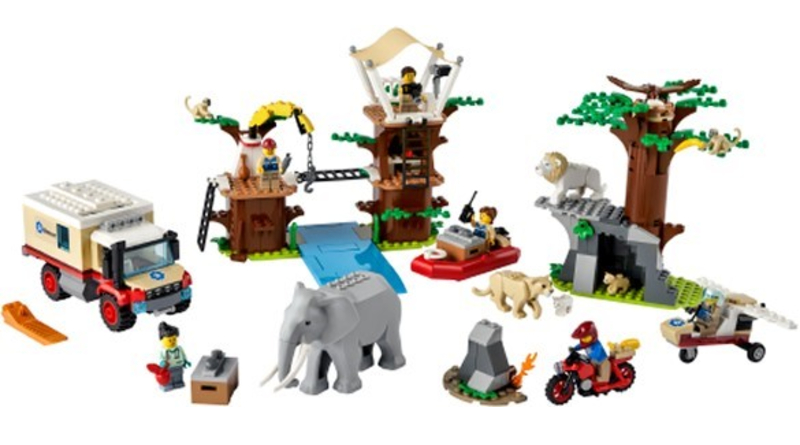