November 17 is Life Day, a Wookie holiday in Star Wars, and to celebrate we’re highlighting three of our favourite Chewbacca LEGO figures.

To commemorate the day, we’ve compiled three of our favourite LEGO Star Wars Chewbacca figures from the past and future that you could use to memorialise the holiday.

As one of the most unique Chewbacca minifigures, the snow-covered variant appeared in 75146: Star Wars Advent Calendar in 2016 with a colourful bandolier. Whether he’s covered in snow or white fur is unknown but anyone who already owns the figure could incorporate the seasonal Wookie into their displays to bring a festive touch to any scene, even those based on holidays not from a galaxy far, far away.

Debuting in January of 2022, the newest Chewbacca minifigure similarly involves snow but on a more subtle scale that could make it more useful in realistic displays. The decorated Chewbacca minifigure is included in 75322 Hoth AT-ST and even features snow detailing on the furry feet.

While this might seem like an unusual entry, the retired 75530 Chewbacca from 2017 was part of the range of LEGO Star Wars buildable figures, which haven’t been expanded since 2018.

Although not seemingly themed to Life Day or any other festive time of year on its own, it’s the perfect base for whatever decorations you’d like to add to it such as the traditional red robes and blue orb that Wookies wear on the holiday or maybe a Santa hat to help Chewbacca celebrate Christmas. 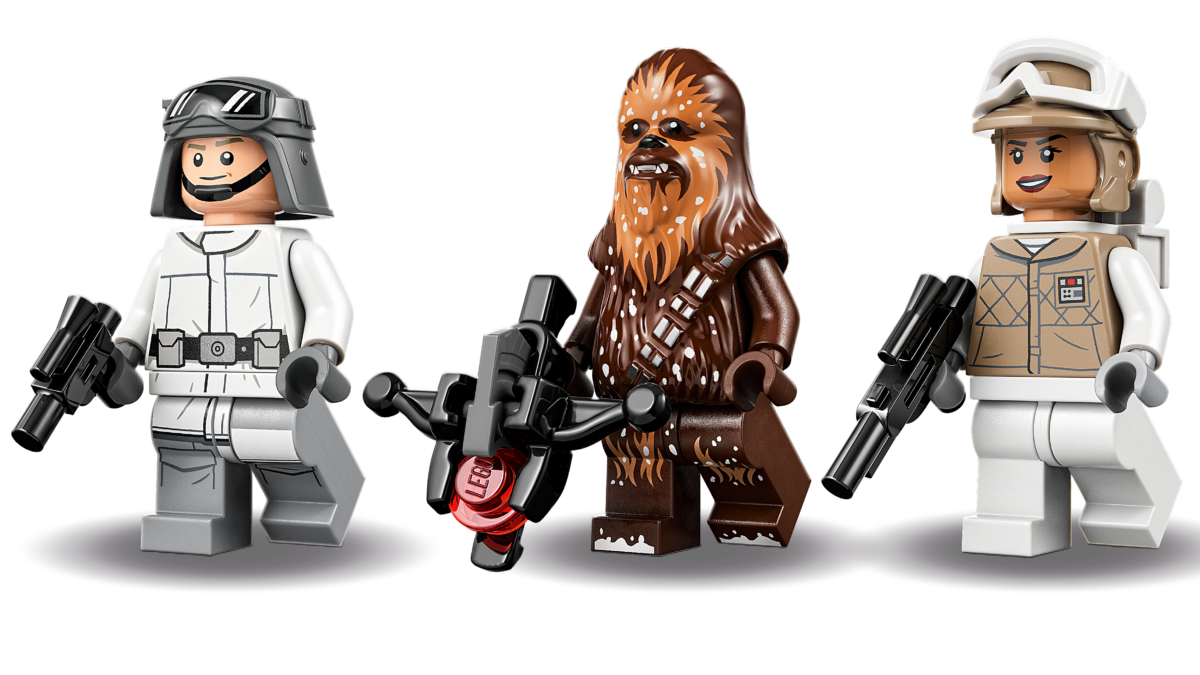