Two previously-unknown LEGO Monkie Kid sets have turned up at a LEGO Store in Germany, revealing a third in their instructions.

Promobricks reports that 80025 Sandy’s Power Loader Mech and 80026 Pigsy’s Noodle Tank were both available to buy at the official LEGO Store in Düsseldorf – despite neither being officially revealed by the LEGO Group, nor available through the online store.

That’s because – according to Promobricks – they’re actually both scheduled to launch in July, and were presumably put on shelves in error among the rest of today’s new sets. They’ve also both been pulled from those shelves already, so even if you’re local to Düsseldorf you’re out of luck.

80025 Sandy’s Power Loader Mech includes (as the name suggests) a mech for the blue and orange bigfig, and will retail in Germany for €44.99. 80026 Pigsy’s Noodle Tank, meanwhile, costs €49.99 and sees the eponymous character kick things up a notch from last year’s 80009 Pigsy’s Food Truck.

The instruction manuals for both sets have also revealed a third brand new Monkie Kid set, numbered 80028 and presumably named ‘The One With the Most Glow in the Dark Elements Ever’. Too cumbersome? Yes. Accurate? Maybe also yes, given the sheer number of pieces cast in that luminous colour it seems to contain.

Stay tuned for official images and worldwide prices as soon as we get them, and look out for these sets to legitimately land on shelves as soon as next month. In the meantime, the first wave of 2021 Monkie Kid sets – including the brilliant 80024 The Legendary Flower Fruit Mountain (review) – are available to order from LEGO.com right now. 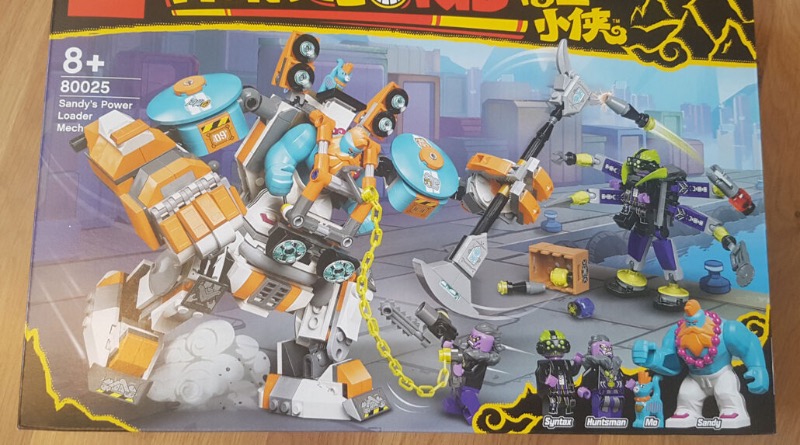