Home What's New What should you do with your LEGO leftovers?

Author and screenwriter Emma Kennedy revels in the spare parts that spill out of every LEGO set, and the possibilities they offer for miniaturising her collection.

I think it’s time for us to discuss the hidden jewels that come with every LEGO set. No, I’m not talking about the doodahs (brick separators) or the boxes or the instruction booklets, all of which I revere in equal measure. I’m talking about the leftovers. At Relax With Bricks, we refer to them as the niblets.

Now, anyone who has experienced a full-blown Christmas will know, sometimes, having stuffed yourself to bursting on Big Dinner Itself, the more enjoyable meal is always the day after. You’ve had time to temper your excitement, there is no mad rush to cram everything in at once, and the feeding frenzy has passed.

The day after, as we all know, is for a more forensic appreciation of what is left. Double roasted potato? That turkey wing nobody else was interested in? Slice of Christmas pudding fried in butter (filthy delicious)? Well, so it is with your LEGO sets because the LEGO Gods aren’t happy until they have bestowed upon you a smattering of tiny offerings that, après the urgency of any build, lie shining up at you as you stare down, quietly asking yourself: “Wait. Hang on. Did I miss a bit?”

I’ll put my hand up here: I miss a bit quite often on RWB, but that’s mostly because I have to read out messages, remember everyone’s theme tunes, perform terribly executed accents AND read the instructions AND build at the same time.

How I manage to achieve something even approximating an anagram of any set is, quite frankly, a miracle, but with many a “Wait. Hang on. Did I miss a bit?” moments under my belt I am now in a position of authority to declare that I know full well when I’ve missed a bit, because niblets are quite, quite different.

If you’re looking down at any brick that is larger than 1×1, it’s not a niblet – you’ve missed a bit. But while that’s a good starting rule of thumb, it gets a little complicated. Sometimes, you have minifigures with what we like to call ‘implements’. Occasionally, those implements are niche – I’m thinking anything swirling round the top end of a “What the hell is that?” Venn diagram. Things like icy tendrils spurting forth from hands, or lipsticks.

The LEGO Gods will often chuck one of these niblets in for free, but my favourite niblets are the super useful ones: the single tiles, the dots, the special printed tiles, the tiny grips, the tiny clasps, the connectors, the cheese slopes, the whips.

I have an old biscuit tin on the Haunted Table (this is what we call the building area in RWB – so named because pieces of LEGO started moving of their own accord during knolling) and after every bag is done, I swoop the niblets into it. When it’s halfway full, there is nothing I enjoy more than rooting and sorting through and wondering what I might be able to make with them. A lovely thing to do (you will need a few of your other LEGO bricks to do it) is to make miniature versions of modular builds.

There’s an AFOLWAC (Adult Fans of LEGO Who Are Chums) called Bevis Musson who’s been with RWB from the very start – I think of him as my LEGO Sensei – and he makes the most wonderful miniatures of modular builds and castles. Recently he made an incredible miniature of 71040 The Disney Castle, which is simply breath-taking.

I find it inspiring watching other AFOLs creating their own things and encouraged by Bevis, I had a go at using my niblets to make a miniature version of 70620 NINJAGO City. It was genuinely challenging, not least because I wanted to create the full 3D effect of the back of the set with that incredible yellow and grey lift. It wasn’t perfect, but the test for any miniature is whether you can look at it and know which set it’s referencing. I think I just about managed it.

Embrace your niblets, then set them to one side and when you’ve mustered enough, why not try making a mini version of your own favourite LEGO set? Send me the pics. I’d love to see them.

Support the work that Brick Fanatics does by purchasing your LEGO through any one of our affiliate links. 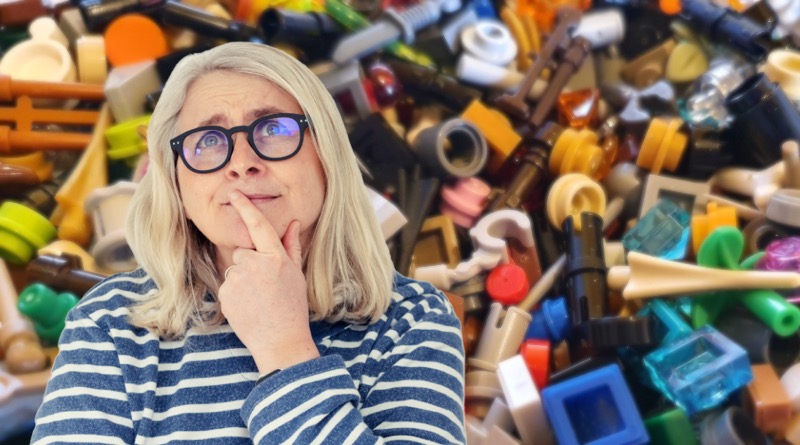