Home What's New What would Revenge of the Sith’s Boga look like as a LEGO Star Wars set in 2021?

Ever wondered what Star Wars: Revenge of the Sith’s Boga might look like in a LEGO set in 2021? One builder has the answer.

The LEGO Group has given us a couple of sets based on the showdown between Obi-Wan Kenobi and General Grievous over the years – first in 2005’s 7255 General Grievous Chase, then again in 75040 General Grievous’ Wheel Bike. But only one of those boxes also brought us Boga, the female varactyl that got the Jedi master out of a sticky spot as Grievous once again fled the scene.

That original LEGO version of the lizard-like beast was huge, with a uniquely-moulded (but unprinted) head element emblematic of the mid-2000s Star Wars range. And, crucially, it did absolutely no justice to the colourful creature dreamt up by Lucasfilm’s design department.

Unfortunately, the LEGO Star Wars team’s recent focus on classic, sure sellers like X-wings and TIE Fighters above all else means we’re unlikely to see something as niche as Boga in an official LEGO set any time soon. YouTuber hachiroku24 has now sought to rectify that glaring omission in the modern portfolio by reimagining the classic 2005 set at a more realistic scale.

You can see how the impressive brick-built Boga comes together in the video above, along with Grievous’s wheel bike, which has also been downsized in turn. The result is a model that comes in only slightly larger than a Microfighters set and uses zero specialist elements, strengthening the argument for a future official take on a pivotal scene from Revenge of the Sith.

Until that day comes (if it ever does), we’ll just have to make do with hachiroku24’s version. That’s no bad thing, because it really is a very effective rendition of both Boga and Grievous’s bike – even if the wheel can’t actually turn.

Check out more of hachiroku24’s builds – including an expansion to 21325 Medieval Blacksmith, an iconic Spider-Man 2 scene and a Marvel-focused reworking of the new Harry Potter buildable characters – over on their YouTube channel. 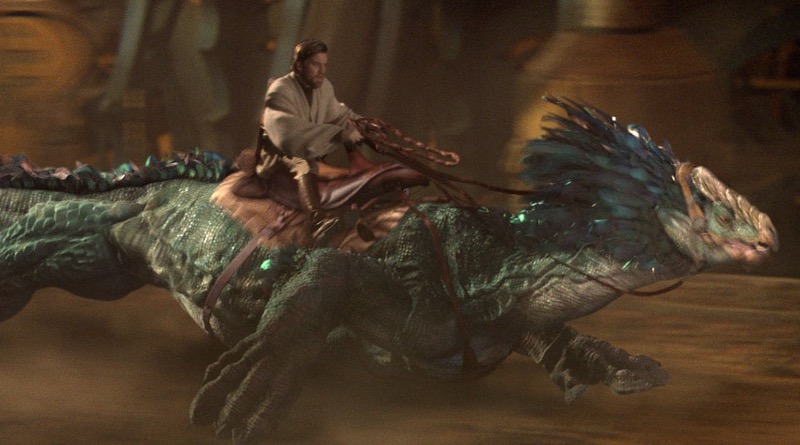