Home What's New Which character has the most minifigures? 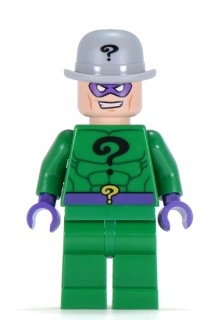 In the comments on yesterday’s article about which part has been made in the most colours, Lego34s suggested another interesting database query: which character has the most variations of minifigure?

As you may know we assign character names to minifigures which allows you to view, for example, all Harry Potter minifigures and also see all the sets that they come in.

So, I’ve run some queries to find out which characters have the most variants, and also which ones appear in the most sets.

We obtain minifigure data from BrickLink, where the definition of ‘minifigure’ is broad and includes Duplo, micro-figs, brick-built characters, and more. As new ones are imported, CapnRex101 assigns them a character name, where appropriate, which overcomes any inconsistencies and irregularities with the names they are given by BrickLink.

BrickLink considers minifigure neck, waist and foot attachments to be a part of the figure, so for example one with a backpack which is otherwise identical to another figure will be catalogued separately and assigned a different number. This can have the effect of inflating the numbers somewhat.

Characters with the most minifigures

It may come as no surprise to see that there has been more variations of Batman than any other named minifigure character. Even when the three Duplo and one micro-figure versions are excluded there are still more of the caped crusader than any other character.

The first one appeared during 2005 and for the next few years a single revised version was produced to freshen up the year’s sets. The DC Comics theme, launched during 2012, introduced 5 new variations, and there have been at least four new ones every year since. The release of the LEGO Batman Movie during 2017 resulted in over 20 new variations.

In second place is Stephanie, the Friends mini-doll. It’s interesting to note how many versions of her there are compared to Andrea: 68 Stephanies and only 50 Andreas (the number in the table below includes the Scala character Andrea).

It’s a similar story with the core group of Ninjago figures: There are 23 more Lloyds than there are Nyas.

Luke Skywalker is the Star Wars character with the most variations, 47 of them, so he’s well down the list below, which shows the top 30.

Characters in the most sets

The table below shows how many sets all variations of a particular character have appeared in.

Once again Batman tops the list, thanks in part to his appearance in the LEGO movies and the accompanying collectable minifigure series.

The red ninja Kai takes second place so while he has fewer variations than Lloyd he comes in 25 more sets. I guess the red one is always the most popular, whatever the theme…

The names Andrea, Emma and Olivia were used in both Scala and Friends so the numbers below include appearances of both.

Nevertheless, the home-grown story-driven themes of Friends and Niniago dominate the top ten, with only the caped crusader and boy wizard also making an appearance in it.

Anyway, I hope that was mildly diverting. Researching it has highlighted some issues that perhaps need to be addressed in the database: a way of differentiating between multiple uses of the same character name, and I think it would also be useful to give ‘minifigures’ a type, e.g. mini-doll, Duplo figure, brick-built character, or a normal minifig, to enable them to be filtered.