Home What's New Which parts are produced in the most colours? 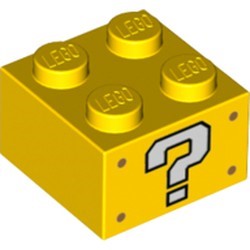 Have you ever wondered which part has been made in the most colours? I did, when I was admiring the myriad 25269 1/4 CIRCLE TILE 1X1s that I’ve acquired in DOTS sets recently, and thought that it might be a candidate.

The data to determine the answer is in our database but not easily surfaced through the website. So, I ran some SQL queries to find out…

For the purposes of this analysis I have excluded transparent, metallic and other ‘odd’ colours. All data is based on inventories obtained from LEGO.com, which are not always complete, and only go back 20 years or so.

In this year’s sets The sets released so far this year contain around 8,100 different parts in 66 colours, including 41 solid ones.

The 1/4 circle tile has been moulded in 33 of them for this year’s sets, but it’s not the record-holder: that accolade goes to the 1×2 plate, which has been produced in all but two of the current solid colour palette. It’s not been made in light nougat and I’ll leave it as an exercise for the reader to work out which other colour it’s not been manufactured in this year.

Here’s a list of all parts produced in over 30 colours that appear in this year’s sets.

In all inventoried sets LEGO has produced over 100 different solid colours over the years, some of which have been used for just a handful of specialist parts, and some that were replaced following a cleansing of the palette in 2004, for example grey, dark grey and brown.

The accolade of part produced in the most colours, then, goes to the humble 1×2 brick and 2×4 plate. If the 15 colours that the pillarless transparent version has been produced in are also taken into account, the 1×2 brick wins hands-down.