The biggest LEGO Monkie Kid set for 2022, 80036 The City of Lanterns includes an extra track piece and the LEGO designer has explained why.

To help transport minifigures around the multi-storey 80036 The City of Lanterns, a monorail is built into the model and loops around the front and back of the build. However, official images reveal that an extra element of rail hangs above the loop at the back, acting as either a shaded structure or decoration.

The LEGO designer for 80036 The City of Lanterns, Justin Ramsden, has come forward on Twitter to share exactly what this additional piece is included for and why it might convince you to buy a second copy.

The bonus track brick is included for those who get multiple models so that a full loop of rail around the larger city can be created with only a small amount of modification to the rest of the build.

A suggested version of the double-sized 80036 The City of Lanterns is shared by the LEGO designer with the stores mostly swapped between levels. However, the modular structure of the set should allow you to reimagine the layout of the city in any way you want. This also means that a station for the monorail can be placed on either side of the model, instead of just one as it is in the official design

The largest LEGO Monkie Kid model for 2022 so far has been explored much recently by the designer with one key component of the set being a personal celebration for him.

Support the work that Brick Fanatics does by purchasing your LEGO Monkie Kid sets through one of our affiliate links. 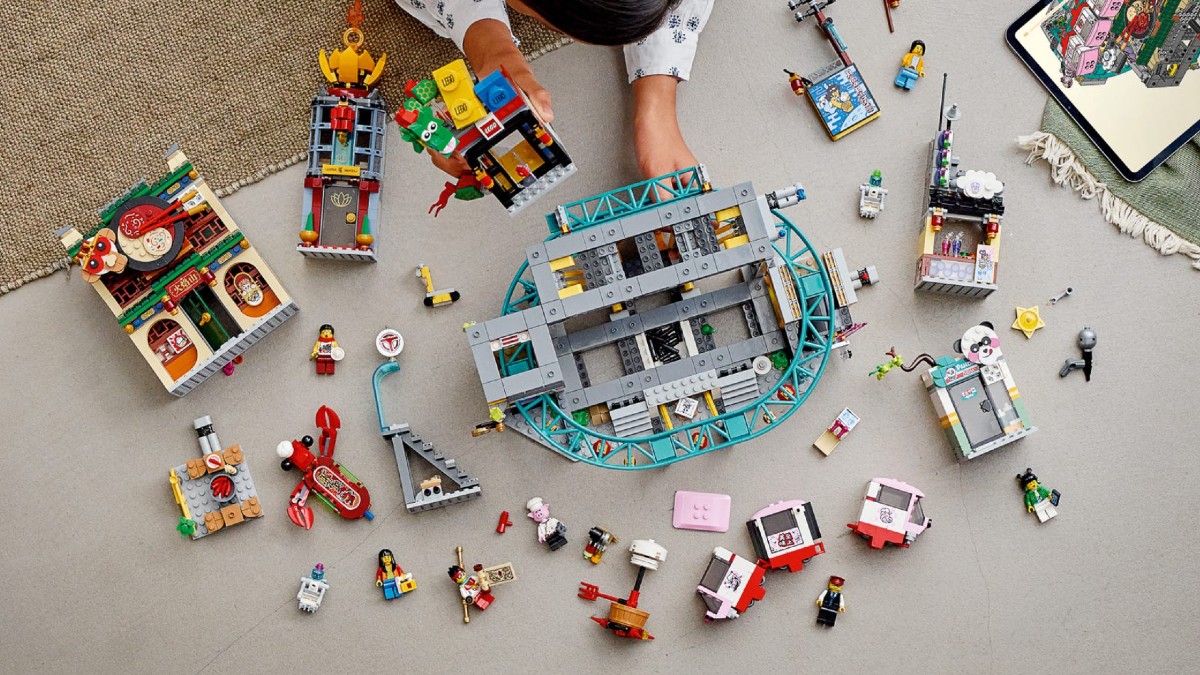