Home What's New You can make a LEGO donut, all you need is a hydraulic press

The age-old question has finally been answered, it turns out you can make a donut entirely out of LEGO bricks. Eating it may not be recommended though.

It’s a sight that many LEGO builders may perish at the thought of but the Hydraulic Press Channel on YouTube has squeezed several bricks together in their latest video. However, we’re not too sure that the elements are still valid for a refund.

The channel, which is known for using the titular tool for squishing any number of random objects together as experiments, decides to mould LEGO bricks – which have already been moulded once before – into the shape of a donut. Why? Science.

It’s almost painful to see the pieces disappear into their new steel coffin as the full chamber of bricks becomes nothing more than a donut roughly the size of a hand. The fact that some elements have managed to retain their recognisable shape, be it on their top, back or side, is a testament to the strength of these plastic parts.

Those wishing to pursue the experiment for themselves might be wise to leave it to professionals. Not only is a hydraulic press expensive, but it can be incredibly dangerous when used. We hope the video doesn’t give any builders too many nightmares, but the experiment does leave us to wonder what a brick made out of bricks would look like. 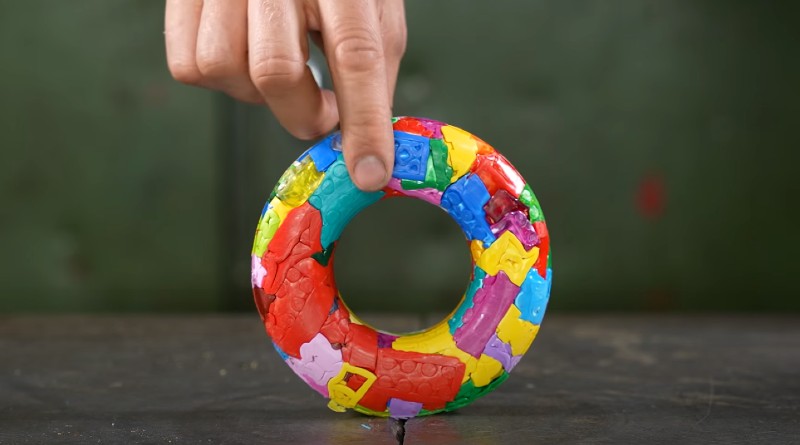